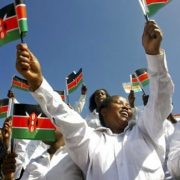 Kenya, one of Africa’s leading economies, is enjoying an investor boom amid the economic crisis that has hit South Africa and Nigeria occasioned by a persistent commodity prices slump.

The leading economy in East Africa grew by 5.7 percent last year and it is projected to expand at an average of six percent up to 2018.

The stability of the Kenyan Shilling, which is the most stable of all the leading eight-currencies traded across the continent and one of the best performers this year, has been a major attraction for investors, Bloomberg reported.

In South Africa and Nigeria, the two leading economies on the continent, their national currencies have been struggling in the past two years, scaring investors away and forcing several to close down operations.

The Rand hit an all-time low against the dollar in August while bonds and shares struggled as the political battles between President Jacob Zuma and his Finance minister, Pravin Gordhan intensified.

The industrial slow-down in China, which is one of the biggest markets for African commodities caused the slump in the two nations, whose economies are commodity-driven, relying heavily on gold, diamond and oil for revenue.

In Nigeria, a shortage in foreign currency reserves has hit investors hard. They have been forced to cut down their staff size and other closed operations due to the crisis.

The West African nation is in its worst economic crisis in 25 years, after it slumped into recession in August, Sahara Reporters reported.

The drastic reduction in oil production following militant attacks in the Niger Delta region in May further compounded the situation.

Last week, the rand became the world’s most politically volatile currency while in Nigeria, the naira hit a record low of 445 to the dollar, in a country where the black market forex has nearly crippled the economy.