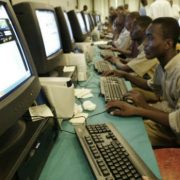 High data costs are limiting full internet usage in Africa with 20MB being used per month despite the increasing mobile penetration, a leading global internet company has said.

Opera in a State of the Mobile Web in Africa 2016 report said the data costs are highly prohibitive.

“Data remains prohibitively expensive for many mobile users in Africa. This means that even if smartphone penetration is increasing, many people don’t use their devices to their full benefit,” said the company.

“Whilst someone in Germany on an ‘average’ salary can afford 500MB after working for just one hour, a Nigerian will have to work around three and a half days to afford the same.”

The internet company added that over half of Africans find internet unaffordable.

“Indeed, it’s not surprising that 53% of Africans can afford only 20MB per month,” said Opera.

This observation comes at a time when the Postal and Telecommunications Regulatory Authority of Zimbabwe is reviewing Zimbabwe’s exorbitant data charges.

“We have asked ourselves the question how can we make data affordable such that it is a tool for development rather than a privilege, that price is used as a basis for discrimination. We are in the process of directing our mobile operators with regards to a floor price, a basis minimum price that we feel data should be provided at,” said Potraz chairman Ozias Bvute.

“In the next month or two, we should be at a point where data is affordable.”

According to a report on the state of prepaid market-cost of communication  prepared by Research ICT Africa, Zimbabwe has the third most expensive mobile data in Africa with the cheapest monthly 1 GB data package in the country set at $30.