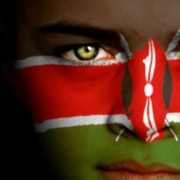 Beginning next year no foreign students will be admitted at the Kenya School of Law, a directive that has evoked flak from one of the affected countries.

Prof Lumumba, in an internal memo dated November 17, said the decision was made following a directive from the Council of Legal Education (CLE).

“We have received a letter dated October 25 from the Council of Legal Education informing us that non-Kenyans are not eligible for admission to the Advocates Training Programme (ATP) at the Kenya School of Law,” the memo reads.

“In light of the contents of the letter, non-Kenyans should stand informed that the admission committee has not considered their applications.”

CLE Chief Executive Officer Kulundu Bitonye said the decision was arrived at after noting an error in the procedure of admitting foreigners to the institution.