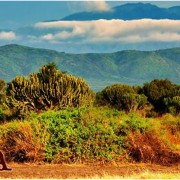 The government of the State of Qatar has offered 40,000 jobs to Ugandans beginning 2017, to participate in the 2022 World Cup preparations as well as raise the Ugandan population working there.

“The ministers held preliminary discussions about the Uganda-Qatar bilateral labor framework and exchanged drafts of the proposed agreement for review before the signing ceremony expected in early 2017,” the release reads in part.

Kenya: We Will Not Admit Foreign Students, Kenya School of Law Says
Scroll to top