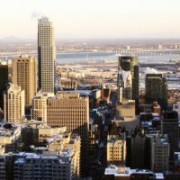 Expat workers in some exotic locations have found to their surprise they are living in some of the most expensive cities in the world, according to a new survey.

Kinshasa in the Democratic Republic of the Congo ranked as the costliest city in the world ahead of close to 200 global locations.

Once famous for Muhammed Ali’s classic rumble in the jungle against heavyweight rival George Foreman, now the city is known for all the wrong reasons.

Expat benefit firm ECA International says the country’s badly performing currency – the Congolese franc – and a fall in demand for mined raw materials such as copper and cobalt have all contributed to the city’s high cost of living.

The survey compares the local cost of a basket of everyday goods and services in each city.

“The items that expats on assignment want to buy are expensive in Kinshasa because of several reasons,” said an ECA International spokesman.

Travellers hit by major delays at OR Tambo
Scroll to top