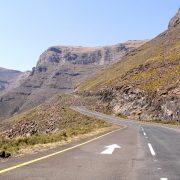 Washington, DC — Lesotho is the only independent nation in the world with its entire land mass above 1,000 meters (3,281 feet). Now the country, with a population of 2.1 million and a surface area the size of Belgium, has another distinction – a top-tier electronic visa program, joining only 13 other countries on the continent, according to the African Development Bank’s Visa Openness Index.

Launched on May 5 – making Lesotho the ninth nation , the platform was created by the Lesotho government in partnership with a U.S.-based, privately owned IT company, Computer Frontiers, with offices and tech staff in Ghana, Uganda and several other African capitals. During last month’s U.S. Africa Business Summit in Washington, DC, where Lesotho e-visa was on display, AllAfrica’s Noluthando Crockett-Ntonga discussed the platform with T’sepiso Mosasane , Lesotho’s acting director of Immigration in the Ministry of Home Affairs, and Computer Frontiers President Barbara Keating. The interview has been edited for clarity and length.

How is e-visa helping Lesotho?

T’sepiso Mosasane : It has eliminated most of the challenges that we were encountering regarding visas. We used to have a manual system, and there were lots and lots of problems.  Apart from that, we were losing out on investment and tourism because many people didn’t know how to access our visa.  And our country was not even known in the world because we didn’t know how to advertise.

How long does it take to get a visa for Lesotho?

Barbara Keating: We have a call center and adjudication of the visas is done 24/7. 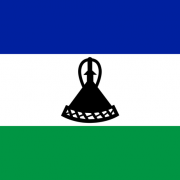 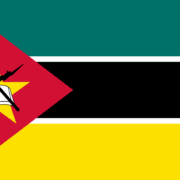