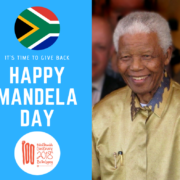 On 27 April 2009, the 46664 concerts and the Nelson Mandela Foundation invited the global community to join them in support of an official Mandela Day. Mandela Day is not meant as a public holiday, but as a day to honour the legacy of Nelson Mandela, South Africa’s former President, and his values, through volunteering and community service.

Mandela Day is a global call to action that celebrates the idea that each individual has the power to transform the world, the ability to make an impact.

The Mandela Day campaign message is:

“Nelson Mandela has fought for social justice for 67 years. We’re asking you to start with 67 minutes.”
“We would be honoured if such a day can serve to bring together people around the world to fight poverty and promote peace, reconciliation and cultural diversity,” according to a statement issued on Mandela’s behalf.

This year marks the Nelson Mandela centenary, and we will be getting our team together in our head office in Cape Town to make sandwiches, which we will hand out to those in need in the surrounding area.

There are so many ways to give back to your community, and even if your deed is small, it will make a difference. So encourage yourself, and others, to get out there and find a way to help this Mandela Day. Let’s all remember the amazing culture and diversity that makes up South Africa, and work together to build a better country for all, in the name of Mandela. 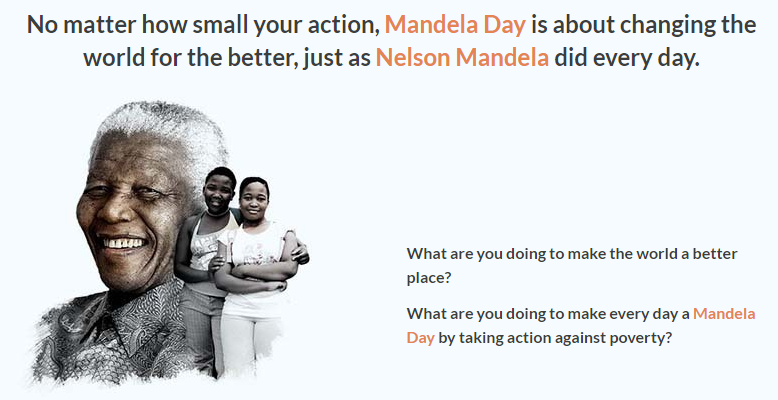 From The Hippo’s Ears: Ghana
Scroll to top