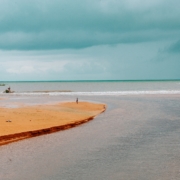 Facts you may not have know about Ghana:

Ghana has a population of approximately 28 million, and is a democratic country, led by a president who is both head of state and head of the government.

When meeting someone, it is common to shake hands as a greeting. It is also common to exchange pleasantries and inquire about family before beginning to transact any business.

English is the language of the state and widely used as a lingua franca. There are eleven languages that have the status of government-sponsored languages. As Ghana is surrounded by French-speaking countries, French is widely taught in schools and universities, as well as a language used for commercial and international economic exchanges. Since 2006, Ghana is an associate member of the Organisation internationale de la Francophonie, the global organisation that unites French-speaking countries.

We drive on the right side of road. One needs to be extra careful with taxis and commercial vehicles, as they sometimes stop or enter roads without any indication.

Punctuality is not of the utmost importance, and events often start later than scheduled.

The music of Ghana is diverse and varies between different ethnic groups and regions. Ghanaian music incorporates several distinct types of musical instruments such as the talking drum ensembles, Akan Drum, goje fiddle and koloko lute, court music, including the Akan Seperewa, the Akan atumpan, the Ga kpanlogo styles, and log xylophones used in asonko music. The most well known genres to have come from Ghana are African jazz, which was created by Ghanaian artist Kofi Ghanaba, and its earliest form of secular music, called highlife. Highlife originated in the late 19th century and early 20th century and spread throughout West Africa.

By the late 1990s, a new generation of artists discovered the so-called Hiplife. The originator of this style is Reggie Rockstone, a Ghanaian musician who dabbled with hip-hop in the United States before finding his unique style. Around the same time, the hip hop genre came into existence in Ghana.

For a taste of Senegalese music, listen to Reggie Rockstone’s Mapouka, and Efya’s Until the Dawn.

Ghanaian dance is as diverse as its music, and there are traditional dances and different dances for different occasions. The best known Ghanaian dances are those performed during celebrations. These dances include the Adowa, Kpanlogo, Azonto, Klama, and Bamaya.

Ghana plays host to many traditional, commemorative festivals celebrated throughout the year, which may be specific to certain cultural groups.

One such festival is the Odambea Festival, celebrated annually on the last Saturday of August. by the “Nkusukum” chiefs and people of the Saltpond Traditional Area. This event commemorates the migration of the “Nkusukum” people centuries ago from Techiman (500km away) to their present settlement. “Odambea” means “fortified link”, a name resulting from the role played by the “Nkusukum” people in keeping the migrant groups in touch with each other following their exodus from Techiman. A special feature of the festival is the re-enactment of the ancient life styles of the people, which provides a unique opportunity to learn more about how they migrated.

Another example is the Akwasidae Festival, held every six weeks, and celebrated by the Ashanti residents. The celebrations relate to honoring personal and community ancestors, and take place at the Manhyia Palace. The Ashanti King meets the chiefs in the Palace courtyard, and attendees are greeted with music and a parade.

North Ghana experiences its rainy season from April to mid-October while South Ghana experiences its rainy season from March to mid-November. Average daily temperatures range from 30°C (86°F) during the day to 24°C (75°F) at night with a relative humidity between 77 percent and 85 percent. Rainfall ranges from 78 to 216 centimeters (31 to 85 inches) a year.

President Nana Akufo-Addo has been in office since January 2017. He previously served as Attorney General from 2001 to 2003 and as Minister for Foreign Affairs from 2003 to 2007.

Akufo-Addo first ran for President in 2008 and again in 2012, both times as the candidate of the New Patriotic Party (NPP), but was defeated on both occasions. When he won during his third run, in 2016, it was the first time a sitting Ghanaian President had not won a second term.

In September 2017, the president launched the Free High School Education (SHS) policy, which will make secondary high school free for students in Ghana. Akufo-Addo was given an award for Exemplary Leadership in 2018 by the Whitaker Group.

It is an emerging designated digital economy with mixed economy hybridization and an emerging market. It has an economic plan target known as the “Ghana Vision 2020”. This plan envisions Ghana as the first African country to become a developed country between 2020 and 2029 and a newly industrialized country between 2030 and 2039.

Locals spend their free time in many different ways, with some choosing to spend time with family and friends, and others choosing to watch a football game, or develop a hobby.

In south Ghana, Ghanaian drinks such as asaana (made from fermented maize) are common. Along the Lake Volta and south Ghana, palm wine extracted from the palm tree can be found, but it ferments quickly and then it is used to distil akpeteshie (a local gin).  Along north Ghana, bisaab/sorrel, toose and lamujee (a spicy sweetened drink) are common non-alcoholic beverages whereas pitoo (a local beer made of fermented millet) is an alcoholic beverage.

Ghanaian main dishes are organized around a starchy staple food, with which goes a sauce or soup containing a protein sauce. The main ingredient for the vast majority of soups and stews are tomatoes- canned or fresh tomatoes can be used. As a result, nearly all Ghanaian soups and stews are red or orange in appearance.

The typical staple foods in the southern part of Ghana include cassava and plantain. In the northern part, the main staple foods include millet and sorghum. Yam, maize and beans are used across Ghana as staple foods. Sweet potatoes and cocoyam are also important in the Ghanaian diet and cuisine.

An example of a rice-based meal is waakye – a dish of rice and beans with a purple-brown color. The color comes from an indigenous leaf known as sorghum bi-color. This side dish bears striking similarities to West Indian rice and peas. The rice is cooked and steamed with an indigenous leaf, coconut and a pulse such as black-eyed or kidney beans. An example of a maize-based meal is Kenkey/Komi/Dokonu – fermented corn dough, wrapped in corn originating from the Ga who call it komi or Ga kenkey. Another variety originating from the Fanti people is Fante Dokono or Fanti Kenkey which is wrapped with plantain leaves that give it a different texture, flavour and colour as compared to the Ga kenkey. Both are boiled for long periods into a consistent solid balls.

Ghana is regarded as one of the safest African countries for tourists, however it is still a good idea to remain vigilant when walking around, especially alone. It is best not to leave valuables exposed in your car, walk alone at night, carry large sums of money on you, and not accept rides from strangers.

We Have Launched a New Expatriate Tax Division
Scroll to top