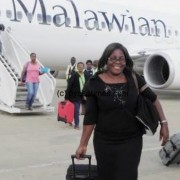 At the Rio Olympic Games, two sisters, Cate and Bronte Campbell are representing Australia but they were born in Malawi — in 1992 and 1994 respectively.

“From humble beginnings in Malawi, to the Olympic stage in Rio, the Campbell sisters are used to multicultural experiences, specialising in world domination. With Cate recently putting her name in the history book with a 100m World Record and Bronte biting at her heels, Rio may well be the Campbell show,” the Sydney Morning Herald reported.

Malawian passport holders don’t make the grade to qualify for the Olympics but only attend on solidarity. I don’t know if the two sisters intended to represent Malawi but after learning the sport here they moved to Australia where they went on to represent that country and Bronte became an Olympic gold-winner, world champion, and world record-holder.