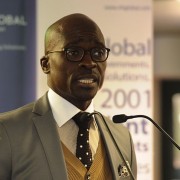 The officials had a way of finding out who needed a visa and would contact the applicant, and become the middlemen in helping them obtain documents.

Minister of Home Affairs Malusi Gigaba said between 2015 and 2016 more than 40 home affairs officials had been arrested for corruption.

During a World Refugee Day event held at the Catholic Archdiocese in Johannesburg, the minister said the department was trying its best to make sure that asylum seekers were treated fairly.

“We get clues via social networks and we are quite happy that some immigrants report. We are doing our best and by improving work processes we will reduce the abuse of immigrants.”

Earlier, Gigaba visited the Bienvenu Shelter which is currently home to 19 women and child refugees who came to South Africa because of wars and violence in their home countries.

June 20th was declared World Refugee Day by the UN General Assembly in 2000.