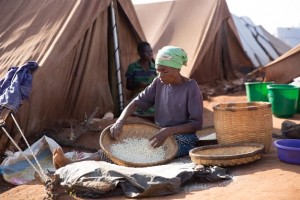 Maputo – Mozambican authorities have disputed reports of Malawian refugees fleeing their country due to political clashes, saying that the foreign citizens were merely migrants.

According to Nyasa Times, President Filipe Nyusi said that there was no war in Mozambique that warranted the fleeing of its citizens and that the reported 6 000 refugees that entered Malawi recently were exhibiting normal migrant behaviour.

Skirmishes between Mozambique’s ruling Frelimo party and the opposition Renamo in strategic parts of the country have led to a mass exodus of civilians into Malawi.

Kenya Among Africa’s Most Promising Mergers Markets
Scroll to top