Visa regulations must be suspended pending outcome of Inter-Ministerial team 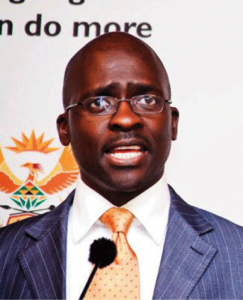 In light of government’s decision to set up an Inter-Ministerial team to address the “unintended consequences” caused by the new visa regulations, Home Affairs Minister, Malusi Gigaba, must immediately suspend the regulations in order to prevent any further collateral damage from occurring. This follows yesterday’s announcement by Cabinet that an Inter-Ministerial team will be set up by Minister Gigaba.

I will therefore today write to Minister Gigaba, requesting he immediately suspend the regulations, and provide the exact terms of reference of the Inter-Ministerial team, including the following:

By which date will the team be formed;

What is its exact mandate;

Who are its members;

What is this team empowered to do; and

Will a composite finding be made, and by when.

The risk of this becoming a glorified talk-shop without any teeth is a real one, and must be avoided. The Inter-Ministerial team cannot function as a red herring while the red tape of visa regulations continues to strangle industry and jobs.

We call on the Minister of Tourism, Derek Hanekom, to back this call to avoid any further damage to our country as a destination for trade and travel.

The DA believes government must always act honestly, transparently and in the best interests of all South Africans. Government has tacitly admitted that the regulations are having adverse effects – they now have a duty to mitigate such effects. Suspension of the regulations is the only way to achieve this.