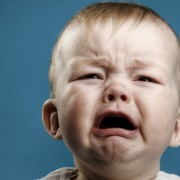 Christine and Shaw Dods-Brooks will have to wait even longer to meet their grandchildren after a new visa requirement for South Africans ruined their Christmas plans.

The retired Northland couple had been planning a family reunion at Christmas time with their son and his two children, Sam, 11, and Taya, 9, and their other grandchildren who also live in Whangarei, for two years.

The couple, who are originally from Zimbabwe but have lived in New Zealand for 15 years, booked a bach in Matata so they could all be together for the first time ever and Sam and Taya could also spend time with their twin cousins.

But a change in visa requirements for people travelling on South African passports meant their grandchildren would not be able to come.

Immigration NZ announced a new rule in October requiring South Africans to have a visitor visa to enter New Zealand from 21 November.

Yesterday the Herald told how the change had meant Adriaan Visagie’s grandparents could not visit him from South Africa for Christmas as the required visas would not be processed in time. Immigration NZ said it was liaising with its London agency about this case.

However Immigration NZ area manager Darren Calder told the Herald he was not aware of a large number of complaints, although would not provide numbers of how many had contacted the call centre.

“It is difficult to comment on people’s plans and how they may or may not have been affected by the need to apply for a visa.”