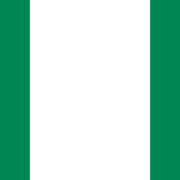 Recently, a new policy affecting foreigners entering the country with a Visa on Arrival was introduced at Lagos Murtala Muhammed International Airport. The new policy imposed an additional $90 on foreigners on arrival as Biometric Visa-On-Arrival charge and an additional $20 as processing fees. This newly imposed fee was regardless of the Visa Fees these foreigners must have paid in their respective countries before coming into Nigeria.

As expected there was a bit of chaos at the Murtala Muhammed International Airport (MMIA), Lagos, on Monday when the policy was being implemented as the new immigration policy caught many foreigners arriving the country unawares. Some foreigners were forced to pay with their credit cards or contact their sponsor company in Nigeria to bear the cost. Some others were totally stranded as they weren’t granted access to the Immigration Counters till they paid the fees. It is quite surprising that even countries that had a reciprocity agreement with Nigeria exempting them from paying Visa Fees such as Mauritius, Dominica, Haiti, Fiji Island were equally not exempted from the payment of the fees.

It was gathered that concession of some of the services initially handled by the Immigration Service had been granted to private firms. The biometric visa-on arrival charges was being handled by Online Integrated Service (OIS) while the processing charge is being handled by New Works. This might have been the reason why the new policy lacked proper publicity. It was also gathered that the idea of imposing the biometric charges was borne out of reciprocity as some countries like the United Kingdom, United States of America, South Africa, Kenya and China were already imposing biometric charges on the citizens of Nigeria who travel into their countries.

In the light of the discontentment expressed by the foreigners and their representatives in Nigeria and a need for a wider publicity of the policy, the policy has been suspended. There may be a possibility that the policy will be resumed when it has been appropriately publicized but as it is now, foreigners can enter the country without paying additional visa fees in-country since they would have paid the necessary fees in their respective countries. 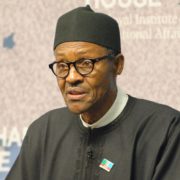