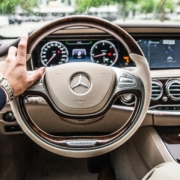 The Stuttgart-based marque will make its next generation C-Class sedan in the Eastern Cape city of East London, which will safeguard the existing jobs at the factory and contribute to growth in the region.

The plant, opened in 1958, currently employs 3 300 people and will be extended by two-thirds to accommodate new manufacturing capacity. The plant produced 110 000 vehicles in 2017.

“The announcement by Mercedes-Benz Cars to inject R10-billion into the South African economy signals the positive momentum we are making to realise the ambitious target of raising 1.2 trillion rand in new investment,” President Cyril Ramaphosa said in a statement issued by the car-maker.

The investment will come as a relief for Ramaphosa who came into office pledging an economic turnaround but has been buffeted by soaring living costs, a weak currency and dire growth and business confidence data.

Despite Tuesday’s announcement and a separate statement from Statistics South Africa revealing that employment increased by 56 000 in the first quarter of the year, the country still has unemployment in excess of 27%.

“The decision to have the new generation of the C-Class built in East London re-affirms the plant and Mercedes-Benz South Africa,” said Mercedes executive Markus Schaefer in the statement. “The investment is also a sign of our commitment to South Africa and efforts to revive economic growth.”