A new digital system for visa applications is on the cards for October.

The e-visa is part of government’s overhaul to make it easier for tourists to travel to South Africa, as well as for companies to acquire employees with scarce skills. President Ramaphosa made the commitment during his State of the Nation Address last Thursday.

“We’ll make good on our ambition to more than double international tourism arrivals to 21 million by 2030,” Ramaphosa said. “This will be achieved through the renewal of the country’s brand introducing a world-class visa regime and a significant focus on key markets.”

Ramaphosa’s commitment has been well received by business, but the industry says more is needed. “We welcome the fact that he said we’ll put in place a world-class visa system,” said Banking Association of SA CEO Cas Coovadia.

“What we would have liked him to say was that current visa system that’s impeding tourism will be suspended immediately.” Tourism accounts for about a tenth of the economy and employs about 1.6-million people.

The latest data shows an increase of more than 4 percent year-on-year in April. Home Affairs says the new visa system will enable investment. The department further stated that the visa system should also make it more efficient to admit people with scarce skills and it won’t compromise the country’s security.

Currently, citizens from 59 countries don’t need to apply for a visa to visit South Africa and this figure is set to increase soon. Tourism is a major impetus for growth and job creation and the e-visa will hopefully make travelling here easier. 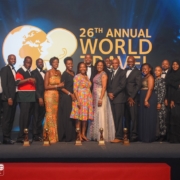 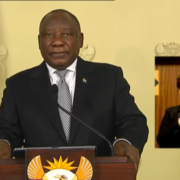 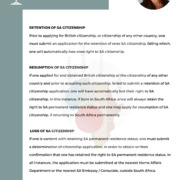 From The Hippo’s Ears: Cabo Verde
Scroll to top