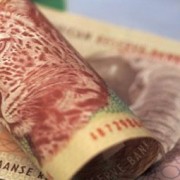 Cape Town – The rand continued its rally on Monday, outperforming other currencies a few days before the South African Reserve Bank (Sarb) announces its latest interest rate decision, with analysts expecting the repo rate to remain at 7%.

“The rand continues to outperform massively,” he said in a note on Monday. “Effectively, this represents the local risk premium being unwound: more than half of the blowout since the latest Hawks-Gordhan story has been reversed.

“Rand gains have come despite the negative global backdrop,” he added. “The higher-than-expected US CPI figure and the large fine for Deutsche Bank have created generalised risk aversion as well as strong dollar gains.”