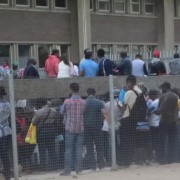 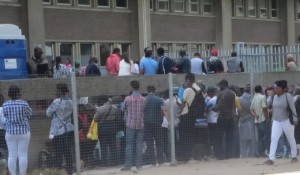 Refugees complained yesterday that Home Affairs’ Refugee Temporary Office on the foreshore has been turning them away since Monday. The refugees were attempting to renew their papers. The department’s computer system was down.

People described how they were told to come back next week on Monday or Tuesday. Refugees who were there to collect their passports or ID documents were being served.

Jane (not her real name) from Zimbabwe said her boss had threatened to fire her for being away from work for too long without bringing proof that she had been to Home Affairs.