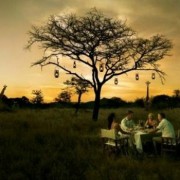 Johannesburg – Tourists are flocking back to South Africa’s game parks, beaches and vineyards as a weaker currency and easing of visa rules make holidays cheaper and more accessible.

The number of visitors to South Africa from outside the continent increased by 19% over the five months through May, the Tourism Ministry said on July 20.

The surging popularity among travellers from markets including the US and Germany can be largely attributed to a weak rand, according to the head of Africa’s largest hotels and casinos company, Tsogo Sun Holdings.

“South Africa is on an absolute fire sale,” Tsogo chief executive officer Marcel Von Aulock said in an interview in Bloomberg’s Johannesburg office this month. “We’ve always been a cheap destination relative to international markets,” and the falling currency has taken that to extremes, he said.

South Africa’s international tourism boom represents a rare note of optimism in an economy hampered by an unemployment rate of 27% and projected by the SA Reserve Bank not to grow this year amid low commodity prices and after the worst drought in more than a century.

The rand is the third-worst performer against the dollar among 16 major currencies tracked by Bloomberg over the past 12 months, having declined 12%, and reached record lows against both the US currency and euro earlier in 2016. While the currency had firmed to R14.3125 against the dollar as of 08:34 on Tuesday, that’s still weaker than its level in November.