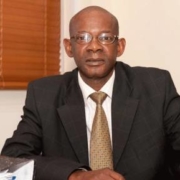 This follows Monday’s ruling by the Constitutional Court on the appointment of advocate Shaun Abrahams as the head of the National Prosecuting Authority (NPA).

The court found that former President Jacob Zuma’s decision to remove Mxolisi Nxasana was an abuse of power and unconstitutional.

It also ruled that Nxasana must pay back the millions he received as a golden handshake and re-affirmed the finding that Abrahams’ appointment is invalid.

In a statement released on Tuesday afternoon, Ramaphosa says while he’s studying the judgment, he is committed to appointing a permanent NDPP well within the 90 days as ordered by the court.

Ramaite is the NPA Deputy National Director responsible for Administration and Office for Witness Protection. He has served as deputy director of the prosecuting organisation for 15 years.

The statement added: “He holds the degrees B.Proc (University of Fort Hare), LL.B; LL.M, specialising in Criminal Law, Constitutional Law, Administrative Law and Public International Law and LL.D, specialising in Constitutional Law (University of South Africa). He was admitted as an advocate of the Supreme Court in 1988 and was granted the status of Senior Counsel (SC) in 2001.”

Ramaphosa has wished Ramaite well in his new role.

The president also expressed his belief that the Constitutional Court judgment has set the NPA on a path that will restore its integrity and build the nation’s confidence in the criminal justice system.