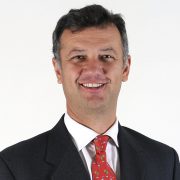 As chief executive officer of South Africa’s First National Bank, Michael Jordaan moved the lender into the tech era by persuading customers to manage their accounts online. One of his biggest challenges was finding enough software developers.

“At the time we had severe shortages in IT, especially for coders in new programming languages like Java,” Jordaan, who’s now a venture capitalist and is investing in training coders at Project CodeX, which he co-founded, said in an interview from Cape Town. “Products like alarm clocks, maps, newspapers, CDs are all becoming apps and it takes coders to produce them.”

A dearth of suitably qualified and experienced staff has left South African businesses struggling to fill thousands of posts even though more than a quarter of the workforce is unemployed. The government’s latest list of scarce skills runs to 25 pages and includes 37 different kinds of trained workers ranging from engineers, architects and software developers to welders, call-center agents and sheep shearers.
Part of the problem lies with a education system that’s had to grapple since apartheid ended more than two decades ago with simultaneously erasing the legacy of poor standards for the black majority and introducing a curriculum focused on cutting-edge technology, math and science.