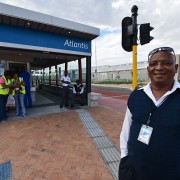 (This article was published on 28 May 2016 in the Weekend Argus, a weekly newspaper published by Independent Media in Cape Town, Western Cape province.)

Innovative renewable energy businesses in Atlantis are not only contributing to Cape Town’s green economy but also creating jobs for locals. 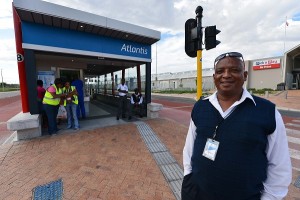 Atlantis is just under an hour’s drive from central Cape Town and is usually associated with poverty and accompanying social ills.

When Cape Town mayor Patricia de Lille visited the small town yesterday, she met with renewable energy businesses to discuss their role in the energy eco-system.

De Lille said assisting these businesses was part of a plan to ensure that locals could cope with Eskom’s power cuts and also save money by using renewable energy sources.

Instead of paying Eskom for electricity, locals could generate their own power at home via solar panel geysers, for example.

“Atlantis is an area that has faced difficult social and economic challenges, including high unemployment. Our support to this area underscores our commitment to building an opportunity city,” said De Lille.