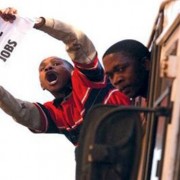 South Africa has shed almost half a million jobs in the first half of the year – with things not looking like they will improve any time soon as the country heads for 0% growth.

Employment data released by Stats SA on Thursday showed that South Africa’s unemployment figures dropped slightly from 26.7% to 26.6% – however 129,000 jobs were still lost in the quarter.

According to economists, South Africa’s 0% growth outlook announced by the South African Reserve Bank in July, shows how much strain the country’s economy is under, with many sectors facing financial strain.

Some argue that the country is showing signs of already being in a recession – though it has managed to avoid the technical definition of two successive quarters of decline.

Finance minister, Pravin Gordhan has said that the country will likely avoid a technical recession, with Q2 expected to show GDP growth – but with the country entering into a highly political period with the upcoming elections and subsequent market reactions, the six months ahead will be tough.