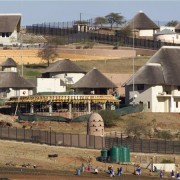 Johannesburg, South Africa – Rushing past rows of idling cars at an intersection on Jan Smuts Avenue in Rosebank, a newspaper vendor holds up Friday afternoon’s edition of The Star. 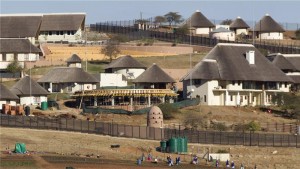 The impassive vendor flashes the neatly folded newspaper this way and that, silently imploring drivers to show some interest in the president’s dilemma. But as space opens up ahead, the cars snake through the intersection, carefully dodging the offer.

The highest court in the country found that Zuma, and the ANC-led National Assembly, had acted illegally in the manner in which they disregarded the recommendations of the Public Protector’s report into state-funded upgrades, worth up to $16m, to Zuma’s personal home.

As well as some security features, the funds paid for an amphitheatre and swimming pool, among other modifications to the rural residence in Nkandla.

In its ruling, the Constitutional Court gave the president 105 days to repay the cost of non-security-related upgrades.