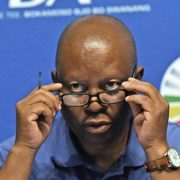 The government of South Africa yesterday dismissed as false reports that they will conduct an anti-immigrants crusade, where they would carry out mass deportations of all foreigners living in that country. Since the beginning of the year, social media has been awash with xenophobia-motivated attack messages indicating that foreigners, including Zimbabweans living in that country, would be targeted starting from yesterday.

The messages had caused a lot of anxiety and sparked fears among foreigners, especially those from sadc. In a statement yesterday, the Department of Home Affairs called for co-operation among stakeholders to ensure safety of all citizens.

According to the department, their cabinet has since established an Inter-Ministerial Committee on Migration to focus on key migration issues and how they impact on the nation.

“The Department of Home Affairs distances itself from messages circulating on social media networks and Short Message Services (SMS) alleging that it has ordered immediate deportation of undocumented migrants from Monday 23 January 2017.