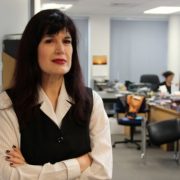 Changes to visa requirements for South African visitors to New Zealand will have a “huge effect”, says the senior immigration adviser of an immigration consultancy agency.

From November 21, all visiting South Africans will require visitor visas.

Immigration New Zealand says on its website that the changes are being made because of an increase in the number of South African nationals who do not meet New Zealand entry requirements and are being refused entry.

The website says there have also been passengers found holding counterfeit or fraudulently obtained passports.

Woodberg says it’s not unusual for South African migrants to resign from their jobs and sell their assets before coming to New Zealand, then look for a job on a visitor visa before getting a work visa, but that’s going to have to change.

The visitor visa application requires evidence of funds, return tickets, and genuine reasons for a visit. Immigration New Zealand could also ask for more documents on top of the initial requirements, such as information on assets, evidence of employment and qualifications, Woodberg says.

Crime, political instability and a struggling economy make SA a ‘pass’ for...
Scroll to top