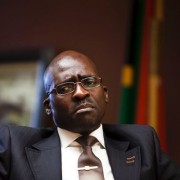 JOHANNESBURG – The Department of Home Affairs says South Africans travelling abroad will now be exempt from the biometric system at the country’s international airports.

In April last year the Home Affairs Department introduced a biometric system for all travellers leaving and entering South Africa.

The system was met with some criticism from citizens and the tourism industry – who were concerned it would discourage visitors to this country.

“Even as we introduced the systems, we did not have sufficient personnel.”

He says South African travellers will no longer have to use the current biometric system.

“To be able to navigate and resolve that problem, we are in the process of linking the movement control system with the national population register.”

Gigaba says the new changes will speed up the process for local travellers.

The minister says the biometric system is now working well and the flight delays have declined to zero.