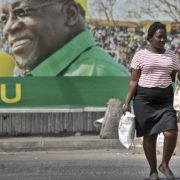 With a president cultivating a no-nonsense reputation and an economy set to be supercharged, Tanzania is making sure its voice is heard throughout the region.

You are on holiday. Perhaps in Kenya’s Maasai Mara game reserve. The thought occurs: How about crossing to the world-famous Serengeti, on the Tanzanian side? Foiled … The switch won’t be easy, requiring a five-hour detour, another visa and a new set of immigration rules.

For nearly four decades now, Tanzania has maintained a blockade of ­Bologonja, a border crossing between the Maasai Mara and Serengeti. It claims access for mass tourism could harm the ecosystem of the world heritage site, which “harbors the largest remaining unaltered animal migration in the world,” according to the United Nations Educational, Scientific and Cultural Organisation.

But ever keen to do business and tap its tourism potential, Kenya sees this differently. It argues that its southern neighbor is out to make business unsustainable for Kenyan tour operators who ferry curious visitors eager to witness wildebeests on the march.

What you are witnessing are age-old rivalries, so bitter they have defied a wave of economic integration slowly sweeping across the continent.

And they are just two of many regional disputes involving Tanzania that have earned the country a reputation as a spiky neighbor.

Voicing a popular view, Uganda’s minister for general duties Tarsis Kabwegyere said in February on a television talk show: “The political class in Tanzania is not yet attuned to regional integration.”

‘Coalition of the willing’

During March 2016 talks with Kenya’s President Uhuru Kenyatta, he and Tanzania’s President John Magufuli agreed to form a joint ministerial commission to resolve outstanding issues related to the Maasai Mara-Serengeti conflict. Yet Tanzanian foreign minister Augustine Mahiga, who was selected to chair the commission, has not held a meeting since. “Tanzania is looking beyond traditional tourism,” says Mahiga.

Directorate of Immigration Services in Kenya: Change of Stay in Country Regulations 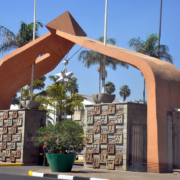 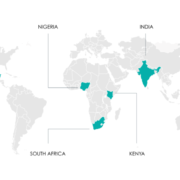 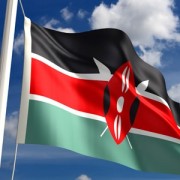 17 Reasons Why Every Foreigner Must Visit Kenya Before 2016 Is Over
NIGERIA | Pro-Business Plan Expands Visa-on-Arrival and Permissible Business...