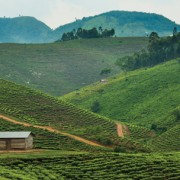 Given its size and diversity, Africa has long been an investment destination and an attractive one for the Gulf Cooperation Council (GCC), with Qatar and Saudi Arabia buying farmland across the continent. A 2015 research by Economist Intelligence Unit (EIU), entitled Beyond Commodities: Gulf investors and the new Africa, commissioned by the Dubai Chamber of Commerce and Industry, has pointed out that the current trend is more towards foreign direct investment (FDI), moving away only from agro-businesses. The Edge’s Aparajita Mukherjee analyses the investment trends and opportunities for the GCC in Africa. 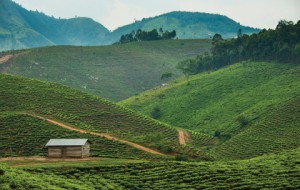 The push among GCC states to invest in Africa was driven more by necessity than choice following the 2007 to 2008 global food price crisis. In a region that is import dependent for 60 to 80 percent of its food requirements, the decision to invest was clearly a strategic one.
The GCC countries face the burden of a growing population, with growth of around 40 percent expected by 2030 over the 2010 figures. This means that they are faced with a food supply stretch coupled with prices that are exposed to geopolitical uncertainties and the vagaries of climate change.
Qatar, for instance, imports about 90 percent of its food requirements annually, and this is expected to increase 153 percent over the next decade as the population grows. This will undoubtedly make the country vulnerable to price fluctuations. To ward off against these, like other GCC nations primarily Saudi Arabia, Qatar has invested in land acquisitions in Africa, notably in Sudan and Kenya, among several other locations.