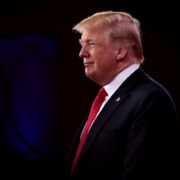 The United States has announced that it will be imposing new sanctions on 24 Russian entities and individuals for meddling in the 2016 U.S. Presidential Election, as well as for conducting a series of damaging cyber attacks against the U.S.

But the move is already prompting calls for more tough action against Russian President Vladimir Putin’s government, particularly from Democrats who have lambasted President Donald Trump as overly reluctant to issue sanctions, and to decry Moscow’s interference in the affairs of western governments.

The Trump administration has come under fire for what critics say is a slow response to Russia’s interference in the 2016 election, and Trump has faced blowback for not more forcefully condemning Russia in the aftermath of this month’s nerve agent attack on a former Russian spy in England. The sanctions announced Thursday appeared intended to counteract that narrative.

“The administration is confronting and countering malign Russian cyber activity, including their attempted interference in U.S. elections, destructive cyberattacks, and intrusions targeting critical infrastructure,” Treasury Secretary Steven Mnuchin said in a statement. “These targeted sanctions are a part of a broader effort to address the ongoing nefarious attacks emanating from Russia.”

Mnuchin added that Treasury is planning to impose additional sanctions “to hold Russian government officials and oligarchs accountable for their destabilizing activities by severing their access to the U.S. financial system.”

Finland Ranked Happiest Country in The World
Scroll to top