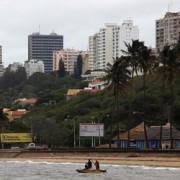 EVEN by the standards of Africa, it has been a wild ride for Mozambique. There is little sign it will end well.

Blowing through more than $2bn of borrowed money just as the currency and the price of commodity exports plunged has left the former Portuguese colony with near-empty coffers. Its creditors, which bought debt sold by Credit Suisse Group and VTB Group, may be left holding the bag. Nor does it help that the IMF is raising questions about the government’s transparency and its finances.

“Mozambique is not in a state of development where it can maintain a credible foothold in the global financial markets,” said Jan Dehn, head of research at Ashmore Group, whichmanages $53bn of emerging market assets and opted not to buy Mozambican bonds. “It was more like, someone got an idea one day to issue a bond.”

That was back in 2013, when the desperately poor country was a symbol of postwar recovery and Africa’s rise. Anadarko Petroleum and Eni had discovered offshore gas fields so big that Standard Bank Group said Mozambique could turn into the next Qatar. Growth since the end of a 16-year civil war in 1992 had averaged 7.4%.

Credit Suisse and Russia’s VTB provided financing to companies to help build the economy. The banks then went on to package and sell the debt to other investors hungry for high returns at a time when yields in the developed world were reaching record lows.