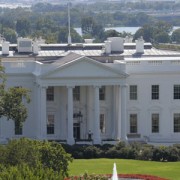 These are some of the descriptions of South Africa contained in the 2016 biennial report on the Implementation of the African Growth and Opportunity Act (Agoa) released on 29 June by the US.

Reporting on the out-of-cycle review of South Africa’s Agoa eligibility, US Ambassador Michael Froman said in the report that its largest African trading partner had blocked US poultry, pork, and beef agricultural products from its market for years.

The year-long review culminated in US President Barack Obama announcing his intention to suspend duty-free treatment for all Agoa-eligible agricultural goods from South Africa effective January 4, 2016.

South Africa acted quickly to speed up negotiations around health issues relating to pork and poultry imports from the US and once an agreement was reached, Obama revoked his intention to suspend SA on 15 March.