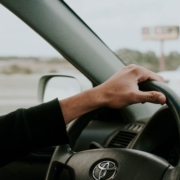 Please note that we are not able to assist with license conversions of any kind. This article is for information purposes only.

Moving to a new country is confusing enough, without also having to wonder whether or not you are driving around legally, using your existing license from overseas. Below, we provide some details about the legality of using your foreign license in South Africa, as well as how to go about converting it to a local license.

According to South Africa’s National Road Traffic Act, a drivers license issued in any country other than South Africa is valid to drive within SA if:

The foreign drivers license will remain valid until an individual has been permanently resident in SA for a continuous period of 1 year. After this point, it is necessary to obtain a South African drivers license. Once you have been granted permanent residency in SA, you will need to convert your foreign license within 5 years. If this noes not occur, your license will no longer be valid.

Your foreign license will be converted if it is:

To do the conversion, you will need to go to any driving license testing center in the province where you obtained your permanent residence, and complete the Application for exchange of a driving licence form (DL1).

The time-frame for exchanging the licence varies from one testing center to another, due to internal auditing processes. It is a good idea to call the center ahead of time to find out what the costs involved are, and when the best time of day will be to go (so as to avoid long queues).

For a list of what you will be required to submit, and links to South African municipalities for further information, click here.