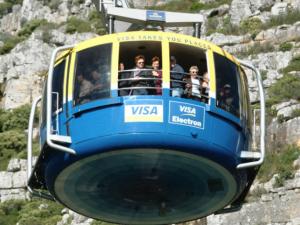 “We are looking at all issues that have been raised pertaining the visa regulations,” said Radebe. “Despite the noble intentions of these immigration policies, they have had an unintended consequence which needs to be addressed.”

The WEF begins its three-day 25th forum on Africa in Cape Town from Wednesday to discuss among other issues harnessing the informal economy, migration and combating the rise of terrorism on the continent.

The government’s change of heart on visa regulations comes amid fears that the country and the tourism industry, in particular, stand to lose nearly R7 billion as big markets such as China and India cancel their bookings to South Africa.

Last week reports emerged that Air China had cancelled the launch of direct flights to South Africa over the regulations.

Radebe said the regulations would form part of the government’s reforms on migration policy to ensure that South Africa remained the number one tourist destination in Africa.

“That matter is on the agenda and we are working very closely with the tourism minister in order to ensure that at the end of the day when we come up with these new reformed immigration policy it will take into account all the concerns that have been raised by the industry,” Radebe said.

“We will make the changes as soon as we can get all the information because it is a matter that we are dealing with as matter of extreme urgency. That is why now we are relooking at the whole matter of visa regulations.”

WEF Head of Africa Elsie Kanza said the meeting should also look at how far Africa had progressed regarding its infrastructure development programmes.

Kanza said the meeting would provide Africa with an opportunity to share with other continents on how the migration policies could be enhanced.

“What we are also seeing is a strong interest in the underlying causes of migration that force people to leave their countries to seek a better life elsewhere,” said Kanza. “If you look at the way people have handled migration, it has to talk to human rights and has to mitigate the impact that these have on people’s movements from one area to the next.”

Kanza said the visa regulation problem in South Africa was an issue that needed more than just addressing the policy, but it also had to look at the full integration of the African continent into one economic powerhouse.

Kanza estimated that such an integration would cost more than R600bn.

“A challenge to fast track integration is the fact that many developing countries actually lack connecting infrastructures, that is why this is a critical topic and that is why we will have a full session on that,” said Kanza.

“Closing the gap on infrastructures will cost about $50 billion (R600bn),” she said.