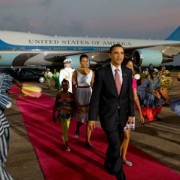 West Africa is a lucrative route for many carriers, and the U.S.-West Africa link has become a cash cow since U.S.-based United Airlines exited Lagos in July, taking 3,000 seats off the U.S. route, Graphic Online reported.

Yet West Africa, despite its 40-plus airports and 300 million population in 15 countries, lacks a strong airline and has no airport hub, Graphic.com reported.

East African airline Kenya Airways recorded a 28 percent increase in passengers in West Africa for the year ending June 2016, and attributes the increase in flights to resumed service following an interruption in 2015 by the Ebola epidemic, according to The Exchange.

United Airlines offered nonstop service to Lagos, Nigeria, from its hub in Houston, but discontinued those flights, instead adding flights between San Francisco and Tel Aviv in Israel, USA Today reported.

This left Delta as the only U.S. carrier to offer nonstop service between the U.S. and Africa.

United cited poor financial performance and weakness in the energy sector for ending the route. Houston and Lagos are both key centers for the oil and energy markets.

“The … route has been underperforming financially for several years,” United said in a statement. “Because of its importance to key Houston-based customers, we continued to invest in it; however, the recent downturn in the energy sector has caused these customers to spend less on travel.”