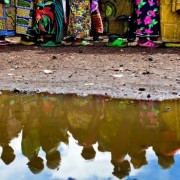 The world’s poorest people spend the most on water, and some of the countries with the worst access to safe water are in Africa, according to a report by U.K.-based international charity, WaterAid.
WaterAid was set up in 1981 as a response to a U.N. initiative. Its report on the state of the world’s water — “Water: At what cost?” — shows that some people in developed countries pay as little as 0.1 percent of a minimum-wage salary on water. 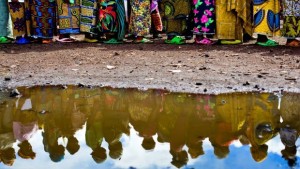 By comparison, someone in Madagascar who relies on a private company’s tanker truck for water could spend as much as 45 percent of daily income on water. In Mozambique, families relying on black-market vendors sometimes spend up to 100 times more on water that people using government-subsidized water.
Worldwide, some 650 million people in the world still do not have access to clean water, according to WaterAid. Government subsidized water sources often are reserved for wealthier communities, leaving the poorest to spend disproportionately.
Almost half of those who lack access to safe water — 300 million plus — are in Africa, NewYorkYimes reported in 2012.