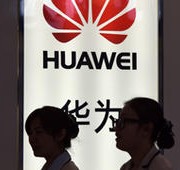 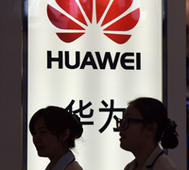 Undaunted by the economic slowdown at home in China, Huawei plans to build out more national broadband networks and put more smartphones in people’s hands across the region.

“I’m very positive about our current business growth and future prospects in Africa,” Jimin Pang, vice president of global government affairs at Huawei, tells This is Africa on the sidelines of  a conference in Sharm el Sheikh, Egypt.

This is not a new approach but rather an affirmation of a strategy that has allowed the company to expand rapidly in the region. “Of the several dozen available commercial 4G networks in Africa, more than 70 percent are built by Huawei,” Mr Pang says.

Huawei employs about 10,000 people across its Africa operations,  with an emphasis on local hires. It has also established several training centres in South Africa, Egypt, Tunisia and Angola among others, focused on technology development.

The company’s influence on connectivity in Africa is already substantial. The region now has the fastest growing rate of mobile subscriptions in the world.

According to a German academic study profiling Huawei’s global reach, “Africa’s mobile technology progression would not [be] as far as it is now without Huawei and its cheaper products”.

105 quick tips for a successful relocation
Scroll to top