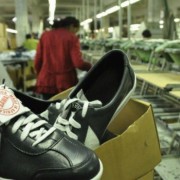 Ethiopia has been aggressively seeking foreign direct investment in garment and leather manufacturing. Global brands from H&M and Wrangler to Lee, Calvin Klein, and Timberland all have a presence in Ethiopia, Mail&Guardian reported. 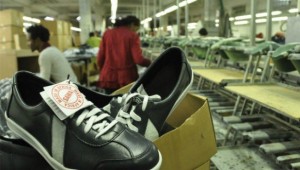 Ethiopia and Kenya both were identified as top sourcing destinations by apparel companies, according to McKinsey & Co., which surveyed global executives responsible for procuring $70 billion of goods annually.
Within sub-Saharan Africa, East African countries—especially Ethiopia and Kenya, and to a lesser extent Uganda and Tanzania—are of interest to apparel buyers. The governments of both Ethiopia and Kenya are taking steps to develop their domestic textile and garment industries, McKinsey reported.
It was the first time an African country was mentioned in the report alongside Bangladesh, Vietnam and Myanmar, Mail&Guardian reported.
Since 2013, there has been rising interest in not just Ethiopia but also other East African countries as potential sourcing destinations for apparel, McKinsey reported. Also contributing to the buzz is the renewal of the African Growth and Opportunity Act (AGOA), which gives certain countries in sub-Saharan Africa duty-free access to U.S. markets.