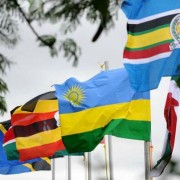 The United Kingdom held a June 23 referendum to leave the European Union, shocking the world when voters chose to leave by a narrow margin. While economic uncertainty abounds across the E.U., the impact has been felt worldwide, particularly in African countries that have long enjoyed close relations with the U.K. and the rest of the European continent. U.K. Minister for Africa James Duddridge was a proponent of Brexit, promising that relations with the continent would improve without the burden of the E.U. It remains to be seen whether or not this is true. Here are 12 implications of Brexit in Africa that you probably didn’t even think about.