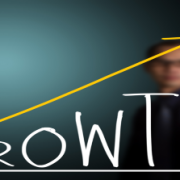 Despite South Africa’s weakened economy, its hotel industry is set for steady growth in the next five years, with both rooms and occupancy levels expected to rise, according to a report released by PricewaterhouseCoopers (PWC). The growth is driven by an increase in the number of foreign visitors to the African continent. “Although the South African economy has weakened considerably, the overall outlook for hotels in South Africa is expected to remain positive,” said Pietro Calicchio, Industry Leader of Hospitality & Gambling at PWC Southern Africa.