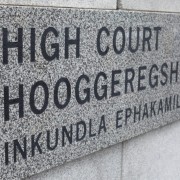 On Thursday, the Department of Home Affairs was back in the Western Cape High Court over the closure of the Cape Town Refugee Reception Office (RRO).

The matter has been disputed in the courts since June 2012, when Home Affairs first closed the office for new asylum applicants.

Cape Town is not the only city where refugee reception offices were closed. Until 2011, there were six centres in the country: Cape Town, Johannesburg, Pretoria, Port Elizabeth, Durban and Musina. Since then, the offices in Johannesburg, Port Elizabeth and Cape Town have been closed. Asylum seekers who came to Cape Town after June 2012 have had to go to Durban, Musina or Pretoria to register, between 1,500 and 1,900km from Cape Town.

“I can’t think of any government services for South Africans that would require someone living in Cape Town to go to Pretoria,” says Steven Budlender, counsel for the applicants, which included Scalabrini Centre, the Somali Association of South Africa and several asylum seekers.

“It is unthinkable that someone applying for social grants here or an 18-year-old from Khayelitsha who wanted to register to vote would be told to go to Pretoria. What is it about refugee reception services that makes this acceptable?”

Corey Johnson, an advocacy officer at Scalabrini, says he thinks Home Affairs is trying to deter asylum seekers. “The closures are due to DHA’s focus on reducing the number of asylum applications instead of directing resources into how to improve their ability to receive them,” he said. “The general perception of asylum seekers by the department is that they are not genuine and are abusing the asylum system.”

It’s not only rich South Africans who are leaving the country – young educated...
Scroll to top