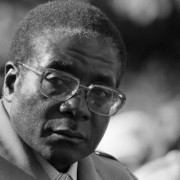 In February 2016, Bonang Mohale, Shell South Africa chairperson expressed the sentiments previously expressed by Barack Obama on African failures. He said, “We can’t blame God. We only have ourselves to blame.”

He was speaking on the economic state of Africa and he went on, “The reality is that in the days we have been free, we have seen some exponential improvements as well as draconian repression. Africans in most countries out of the 54 are poorer today than they were when we were not free.”

These are some bitter pills to swallow but they have to be consumed anyway. The years of blaming every sort of failure on colonialism and even slavery are way past us. It is sickening when leaders overlook their own misgivings and choose to focus entirely on history to explain the current situations in their countries. The spectrum of vices colonialism is to blame for is ever widening with internalised bigotry, tribalism and corruption forming part of the monstrous list but the new crop of leaders rarely takes responsibility for its own contributions. Mohale therefore asserted that, “Africa’s problems have nothing to do with our resources. We can trace it down to a lack of management, planning, leading, co-ordinating and organising.”