LIMPOPO – The death of her father has seemingly left a disabled Sedzani Musekwa (19) suffering as she had been unable to get her Identity Document from the Department of Home Affairs.

Sedzani, who suffers from multiple disabilities, was forced to drop out of school as she does not have an ID which she had been trying to apply for several years without success.

Her family says she has been sent from one office to another without getting any form of help, but only told to come with her father who is dead.

She currently stays with her siblings at Musekwa-Ngundu village in Vhembe.

The problems for Sedzani started in 2014 when her father passed away, leaving her with her biological mother, a Zimbabwean national, Grace Ndou, who has been 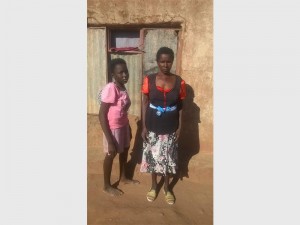 “I have done everything in my power to try and get my daughter an ID so that she can go back to school and apply for a disability grant,” says Ndou.

Her other elder siblings were fortunate enough as they were able to apply for their IDs when their father was still alive, Ndou explains.

Even Sedzani’s older brother, Fally Musekwa, says he has done all he could to assist her.

“I even went to the local traditional offices to obtain proof of residence and letters from her primary school, but even that is not enough for Home Affairs to issue my disabled sister her ID,” he says.

No comment was received from the Department of Home Affairs by the time of going to print.