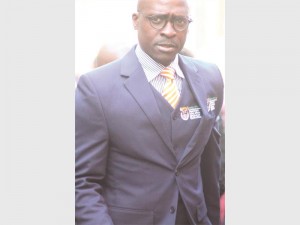 The aim of the minister’s visit was to officially open both Vryheid’s Home Affairs, and the Thusong Centre in Emondlo.

Municipal officials including the mayor Cllr Patience Khaba were taken on an official tour around the recently opened Home Affairs offices and told about all the ways the department has upgraded their systems to ensure quick and efficient community service.

The department officials then headed down to Emondlo where the Thusong Centre was officially opened, before ending things at a big community Imbizo at the B Section Sports Ground in Emondlo.

Determined to bring better service to the people the, the Department of Home Affairs shared with the community members of Emondlo all the ways they plan to be more resourceful through various projects such as ‘Sukuma Sakhe’.