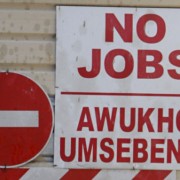 CAPE TOWN – Rich and poor countries alike are missing huge opportunities when it comes to making the most of their populations’ economic potential, especially those in Sub-Saharan Africa, according to the World Economic Forum’s Human Capital Report 2016 published on Tuesday.

Worldwide, an average of just 65 percent of talent is being optimised during all stages of working life through education, skills development and deployment, the report says.

The Sub-Saharan African region ranks lowest, with an overall average score of 55.44 for the 26 countries ranked. Only one other region, South Asia, falls below the 60 percent average.

The report – which aims to help countries assess the outcomes of past and present policies and investments in education and skills and provide guidance on how to prepare the workforce for the future demands of the global economy – indexes 130 countries.

In a statement released with the report, Klaus Schwab, founder and executive chairman of the World Economic Forum (WEF), urged the world’s educators and employers to “fundamentally rethink human capital through dialogue and partnerships”.

He added: “The adaptation of educational institutions, labour market policy and workplaces are crucial to growth, equality and social stability.”

The danger of missed opportunity is especially notable for Africa as it stands poised to benefit from a so-called demographic dividend thanks to having the world’s highest proportion of young people.

This WEF report shows that there is a way to go before the continent unlocks the potential of its human capital, which is essential to fully capitalising on this dividend, widely seen as a key pathway to achieving rapid and inclusive economic growth and long-term development.

Finland, Norway and Switzerland are in the top three spots, effectively using about 85 percent of their full human capital potential.

Five scenarios how Brexit can impact SA
Scroll to top