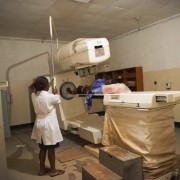 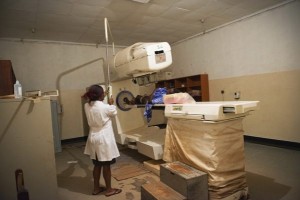 Uganda’s only radiotherapy machine breaks down

Uganda’s only radiotherapy machine used for treating cancer is broken beyond repair. Mulago Hospital, the country’s main is now looking for $1.8 million to buy a new machine as thousands of patients have been left in the cold. The machine in Uganda was donated in 1995 and had been successfully repaired in the past. This time efforts to fix it failed. The unit is said to receive 44,000 new referrals from Uganda, Rwanda, Burundi as well as South Sudan. Almost 75 percent of these people need radiotherapy. Radiotherapy treatment targets and kills cancerous cells in a specific part of the body using radiation.

Mokoko, an opposition leader in Congo-Brazaville’s home has been surrounded by security forces while he has been stripped of his security detail which he is entitled to as a former army general. Mokoko came third in the country’s elections last month but has refused to accept the results. President Sassou Nguesso won the elections with a huge 60% after amendments to the Constitution allowing him to run for a third term. All main opposition parties have said the elections were rigged.

AXA Partners With Lloyd’s Of London To Expand Specialty Insurance In Afri...
Scroll to top