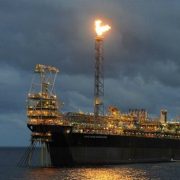 The natural resource discussion in sub-Saharan Africa can be pessimistic and fatalistic at times. Some struggle to see the upside, basing fears on challenges with infrastructure, local content and skills shortages. Others are fatalistic, suggesting that natural resources are a curse for the continent and its economies.

The reality is that much of sub-Saharan Africa’s abundant natural resources are still undiscovered.

Exploration in a number of countries will boost output and reserves for some already big producers as well as create a few first-time producers in the near term. That said, fund managers have struggled in 2016 to raise capital for sub-Saharan Africa-focused natural resource funds.

Let’s say you’ve raised a $1 billion fund to chase after the lucrative opportunities in the sub-Saharan Africa natural resources space. Here’s a look at the African market through that lens.

End of a commodity super cycle

Commodity prices started skyrocketing in 2000. Slowed temporarily by the global financial crisis of 2008 and a slight decline in 2011, the boom nevertheless persisted nearly 14 years. By the end of 2011, average prices for energy and base metals were three times as high as the previous decade. In some cases, some commodities – such as gold, iron ore and oil –were near the highest levels in 110 years.

If this was still 2013, there would be little discussion of potential decline or drastic downturn. But it is 2016 and we know what happened during the end of 2014 and throughout 2015. Slowing Chinese growth – not too far from the slower days of the late ’80s – has lowered the expectations on commodity prices.

Brimming with bookings, but nowhere to sleep
Scroll to top