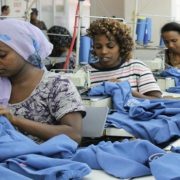 Ethiopia, one of the fastest growing economies in the world, has seen an increase in foreign direct investment (FDI) as more foreign companies set up in the horn of Africa nation attracted by government incentives to investors in various sectors.

The country expects about $1.7 billion in FDI flows in 2016, surpassing East Africa’s leading economy, Kenya, that has projected about $1.1 billion this year.

The nation is reaping the fruits of providing an investor-friendly environment that has low wages, cheap power and tax holidays such as 100 percent tax exemptions on capital goods imports and income tax exemptions for nine years in the horticulture sector.

Some of the foreign companies that have set up there in recent years include Asian Paints, one of the largest paint manufacturers in India and Unilever, one of the global giants in manufacturing of consumer goods, which opened a factory in Dukem in June, targeting the South Sudan and Somalia markets, Fbc reported.