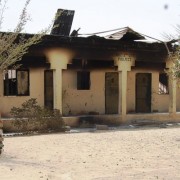 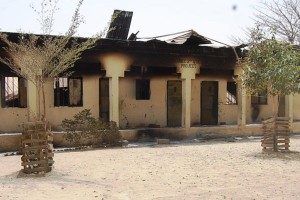 The group was named the deadliest terrorist group of 2014 having killed 6 644 people that year.
Twenty-two worshippers were killed when two female suicide bombers attacked a mosque in North-Eastern Nigeria’s Maiduguri on the 17th of March. It is reported that eighteen others were injured in the attacks which coincidentally happened in the birth-place of Boko Haram.

“We were just a few metres away from the mosque when a loud bang erupted and all we could see was dark smoke and bodies littered around,” said a witness told the Associated Press. This attack comes at a time when it is apparent that Boko Haram has now adopted a new approach to its terror attacks after losing considerable territory to the Nigerian army. Interestingly, the Nigerian President claimed Boko Haram had been defeated last December and this proclamation brought with it considerable scepticism and for good reason too now that Boko Haram is manifesting itself through suicide bombings by women and children. The Boko Haram death toll is now way over 20 000 and this is a ridiculously high number.

Boko Haram is the most aggressive response to Western civilization yet in Africa. It is now an extension of the Islamic State as it declared allegiance last year. ISIS is bad news on its own and pursues the same objectives of resisting the West by killing off people. The logic is hard to follow but clearly in the case of Boko Haram, Western civilization and education is “haram” (forbidden) and abductions of school children together with killings are meant to remind people of just how “haram” their way of life is.

‘Africa Can Finance Its Own Development’ Says AfDB President Akinwumi A...
Scroll to top