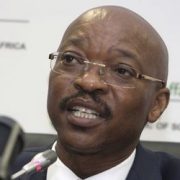 HOME Affairs director-general Mkuseli Apleni told Parliament’s home affairs committee on Tuesday that the department was close to ironing out its differences with other departments over the contentious Border Management Authority Bill.

The bill envisages the establishment of a border management authority to take responsibility for the country’s various ports of entry, complete with customs function and armed, uniformed personnel.

Other departments, namely Police and National Treasury, have pointed out the overlap in function the authority could create.

ANC-aligned labour federation Cosatu raised concern about the potential ramifications of placing employees of the authority outside the public service, and demanded that there be no outsourcing of the authority’s functions.

IDs of 300 pupils can’t be verified
Scroll to top